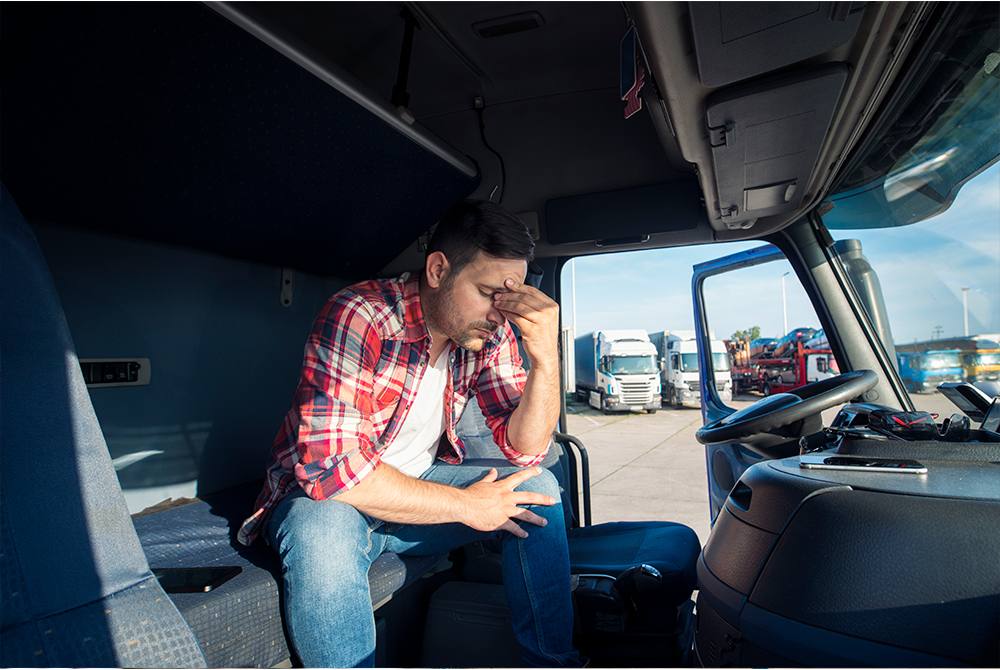 Truck drivers spend hours and hours sitting behind the wheel to fulfill their obligations and schedules for pickups and deliveries. Many times, their stops are limited and they end up sitting for many more hours than they should. But, not taking the proper breaks can cause negative effects for the trucker`s body, such as:

1- Problems in the spine

If truck drivers, in addition to sitting for a long time when driving, adopt an inappropriate posture, their cervical spine can be affected, leading to conditions such as deviation of the spine, scoliosis or even cervical problems.

Many truck drivers finish eating and quickly return to their trucks, without spending time on digestion. If they eat foods with many calories and do not practice any type of physical exercise throughout the day, then they will gain body fat. This obesity leads to several diseases, including vascular ones, which are the main causes of death worldwide.

Mainly in the area of the legs. Maintaining the same position of the legs or not moving them for a long time makes it difficult for the blood to circulate. Consequently, varicose veins can appear in the legs, generate fluid retention in the ankles and legs and even a thrombosis can happen in the most serious cases, which occur when the veins become blocked.

Keeping the body moving after eating favors digestion. If truckers get into the truck right away from eating and remain sitting driving for many hours, they will probably have poor digestion and their metabolism will notice constipation.

5- Problems in the pancreas

The pancreas, the main organ responsible for the production of hormones, also suffers the consequences of sitting for many hours while driving, since food is not properly assimilated and metabolism slows down. Pancreatic function can fail, especially in relation to insulin production, and in the long term can lead to diabetes.

6- stiffness in the muscles

The muscles can atrophy due to the lack of movement in the joints and muscles when driving for so many hours. The shoulder, back and neck are the most affected areas.
How can truckers prevent these effects?
It is advisable:
- Take small pauses while driving to move the lower limbs.
- Stay active after eating without fidgeting too much. A short walk through the parking lot before getting into the truck might be enough.
- Stretch before start driving and after finishing.
- Always correct body posture while driving.
- Perform physical exercise 1 to 2 times a week.