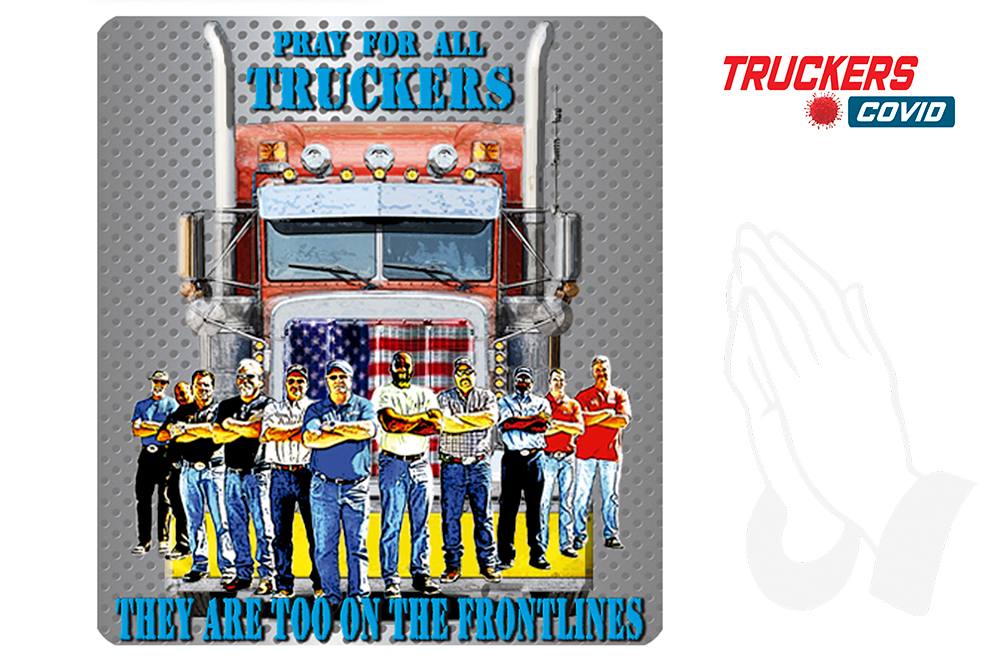 Transportation soldiers at war against COVID-19

The work of truckers became more essential than ever, and if they stop, then so does the world. In fact, consumption of goods has increased dramatically, implying that supply chains need to keep their stocks full at all times.

Truckers become heroes so that there is no lack of food, general goods or even medical supplies. But this comes at a cost. Truckers must confront new risks that endanger their lives while handling an intensive and difficult routine caused by COVID-19.

There are still no official data with the exact numbers of truckers infected or killed by this virus. But there are studies carried out, but still nothing confirmed, that since this pandemic began, many truckers have already died. It is believed to be twice as many deaths compared to truckers who died in accidents last year in the same time period.

We cannot yet report the official numbers for the sector, but considering the official numbers for the infected population in the United States, we can roughly say that the approximate number of Covid-19 infected truckers would be in the 30,000-40,000 range. And the number of truckers killed by Covid-19 would be approximately between 1,500 and 2,000, but it is difficult to say the exact number, since the affectation in deaths influences as the age of the infected increases.

People over 65 are the age bracket with the most deaths caused by Covid-19, but less than 10% of all active truckers are in that bracket. But we cannot say that the health of the trucker evolves the same as that of the rest of the population, because the demands of their profession leave them more vulnerable to developing diseases such as diabetes, hypertension, obesity, among others, which are factors that increase the Covid-19 probability of dying.

Every day a trucker goes out to carry a load, he is putting himself at risk, especially if he already suffers from a disease that leaves him even more vulnerable to COVID-19. The fear of getting sick also causes other illnesses with serious consequences. The trucker may feel more fatigued and more stressed by fear and the new demands of the job, as a consequence their defenses may drop and they are also more vulnerable to the Covid-19. It must also be said that your tiredness can cause more accidents.

Furthermore, many truckers who feel Covid-19 symptoms fear of going to the hospital in the first place due to lack of medical insurance. This is because medical insurance is expensive and is not viable for most truckers in the long run.