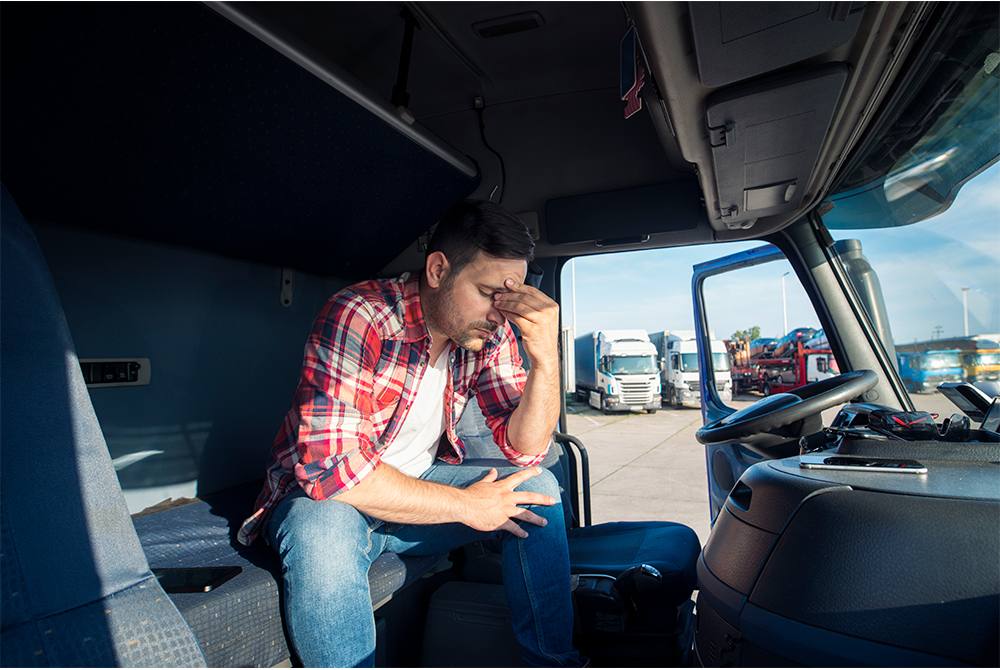 What to do if I have a drug poisoning on the road?

Truckers spend many hours on the road and sometimes away from medical services.
During their journey on the road, they may end up suffering from poisoning from taking their own prescription drugs for a health problem that they suffer from.

This could be due to excessive fatigue from driving for many hours, consequently, truck drivers could confuse the medicines they have to take daily, causing intoxication. It can be a very dangerous situation if they don`t get medical attention.

Therefore, having knowledge about drug poisoning can save truckers’ life in the first moments that it is detected. The severity of the poisoning will depend on the type of organism of the truck driver and the amount of medication consumed.

What are the symptoms that the trucker is suffering from poisoning?

They will depend on the type of medicine and the body of the truck, but the main symptoms are usually:

- Be mild, moderate or severe.
- They can present effects immediately or take longer to appear. According to the time it takes for symptoms to appear, they can be classified as intoxications:
1- Acute - Symptoms appear in less than 24 hours and evolve in a variable way.
2- Subacute - Symptoms do not appear immediately but after several days. Disorders occur at different levels.
3- Chronic - Occur when the toxic substance is absorbed repeatedly. Small amounts that accumulate in the trucker`s body.

- The cause may be by voluntary actions, such as a suicide attempt or accidental actions may occur, which are very common. Trucker could inadvertently mistake medications or take the wrong dose.
- They can occur intravenously, digestively, inhaled, through the skin or through the mucous membranes.

It is important that if truckers suspect that they are suffering from food poisoning, they call the help line of the Poison Control Center (American Association
of Poison Control Centers) to explain their symptoms and report what medication they used. This measure will be key, since the health professional will indicate the first steps and if there is a need to request an emergency service on the road.

The emergency department will be in charge of checking the truckers’ airways and their breathing and pulse. For more information, visit the American Association of Poison Control Centers website: https://www.aapcc.org/