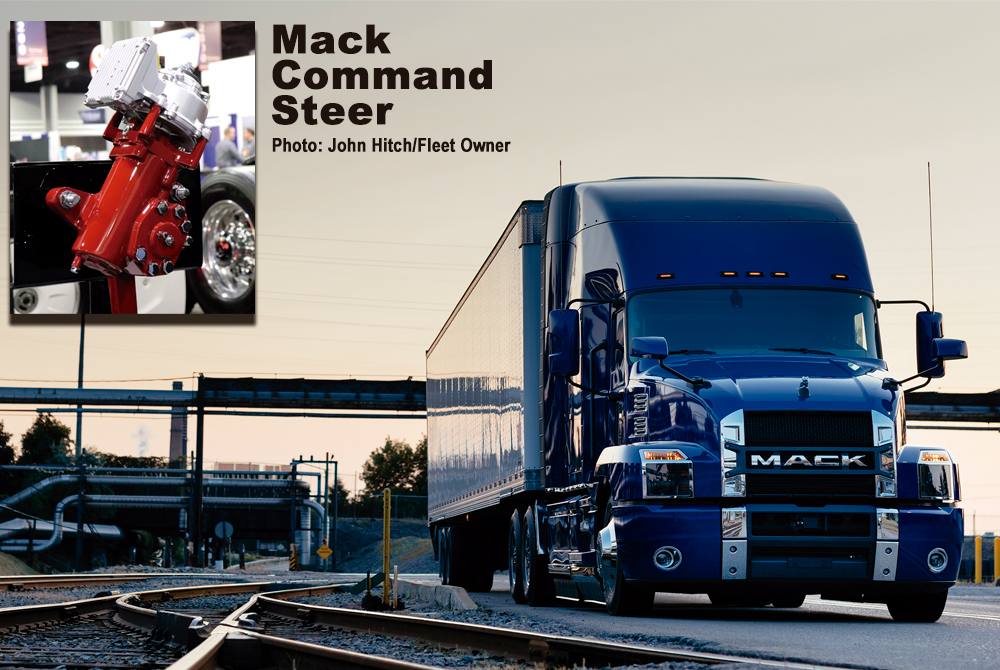 A new promise from Mack Trucks will add an electric motor to their hydraulic steering column. This effortlessly steering system, named Command Steer, will be launching in June for the Class 8 Anthem and pledges to decrease drivers’ effort by 85%.

The Command Steer works by collecting data from the environment, the vehicle and the driver to determine the quantity of torque necessary for the steering column, making sure the vehicle remains in the planned path.

Even with the improvements and comforts introduced in the interiors of trucks, it is still an extreme physical effort to drive a heavy truck. With Mack Commander Steel, the trucker earns the ability to turn the wheel with just one hand and very low effort, the impact on fatigue and the muscles is very positive, with a 30% reduction, as well as increasing trucker productivity and its safety levels.

The Commander Steer proves to be helpful when driving in complicated roads and unstable weather conditions such as heavy winds which may cause drifting. While the truck is on the road, its sensors will be collecting data (up to 2000 pieces per second) from roads as well as the steering column, torque and speed. Then the data is used when the road gets is more complicated, thus helping the trucker react better and faster.

The sensors aren’t the only feature that helps. The steering wheel and its design help on correcting potential instability on the road such as a flat tire, a wheel going off the road or a hole on the road.

Besides the safety elements explained above, the Anthem day cab models have various features and technology with the goal of reducing environmental impact by improving fuel usage efficiency. With all that, these models have the Smartway certification provided by the EPA (U.S. Environmental Protection Agency).

Customers interest and demand in reducing fuel costs and fuel efficiency for their heavy trucks is increasing every day. And with Anthem day cab models and its Smartway certification, Mack is looking to fulfill customers’ demands.